More on our new town centre …

East is East and West is West … Unless you’re those fine road builders of TfL – who would have not got far in Roman times as they clearly do not know their ‘orient’ from their ‘occident’ …. And probably not their ‘sinister’ from their ‘dexter’ either ….

Two of their fine artist’s impressions appear to be wrongly captioned.

Anyway have a look ….and decide for yourselves …. and then check it out on their website … If you’re as incredulous as we are .. 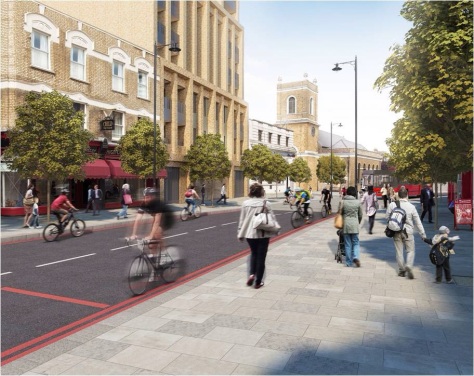 Looks like it’s another one for Dick Tracey, Special Agent